We’re excited to have Alexa and Taylor’s wedding recently published on Grace Ormonde Wedding Style. Wedding planner Samantha at Details Details assembled together an A-list of vendors for their wedding at Rava Winery in Paso Robles.

Article from the magazine:

Alexa Slenders was in the same high school class as Taylor Christensen’s younger brother when their two families became close, bonding over their Portuguese heritage and traditions.
“When we first met, I was 15 and he was 19,” Alexa describes. “I thought of him as my friend’s older brother, and he says he thought of me as his younger brother’s cute friend. A few years passed, and while we were both home for summer break from college, our families met up for dinner in San Luis Obispo at my family’s beach home. He was now 24 and I was 20. During dinner he asked me if I wanted to go get a drink after. Me being too young to legally drink, I suggested we go to the Pismo Beach Bowling Alley and have some friendly competition. We must have played ten rounds of bowling that night and we closed the place down.”

On July 1, 2017, Taylor proposed to Alexa in the backyard of her family’s beach home, surrounded by their loved ones. “He told me just the two of us were going to dinner,” Alexa recalls. “As we went to the backyard to say bye to everyone, his dad insisted he take our picture. Before he took the photo, Taylor said he forgot his phone in the house; and when he came back outside, he pulled out of a bag, an adorable King Charles Cavalier puppy weighing in at two pounds. I had the biggest smile on my face and started crying, as I had been wanting a puppy for months. I immediately named her Cleopatra. After the initial excitement of meeting Cleopatra subsided, he took her from my hands and got down on one knee.”

With Taylor being a pilot in the Air Force, he wasn’t able to be around for the year-and-a-half-long wedding planning process. Fortunately, the bride-to-be was very decisive and kept her fiancé in the loop while she and her mom sorted out the details.
Guests from around the world gathered for a three-day wedding celebration and were each presented with a bottle Tolosa wine upon check-in. On the day of the wedding, the bride wore a chapel length veil with her new monogram – aCd – embroidered on it. During the reception, she changed into her second dress of the evening, which she designed with Ali Rahimi. “It was important to me to be able to change into a short dress to move and dance, while still feeling like the bride,” she explains. “It was a long-sleeved Chantilly lace bodysuit with a satin, white corset mini dress.”

As soon as the newlyweds saw their reception space, they were overwhelmed by what was revealed to them. More than 8,500 white roses filled the room, candelabras graced 56-foot long tables, and a seven-foot wedding cake looked far too beautiful to cut. A live artist was present to commemorate the couple’s first dance on canvas, and that painting now hangs in their home.

On Sunday morning, guests were treated to “Brunch with the Newlyweds” before departing, giving Alexa and Taylor a chance to see everyone off and talk about the incredible memories made the night before. The newlyweds have delayed their honeymoon until Fall 2019 due to Taylor’s pilot training schedule; but they plan on traveling to Positano, Italy and staying at Hotel Covo Dei Saraceni.

Thank you to all the vendors that worked hard on this event! View the wedding photos here. 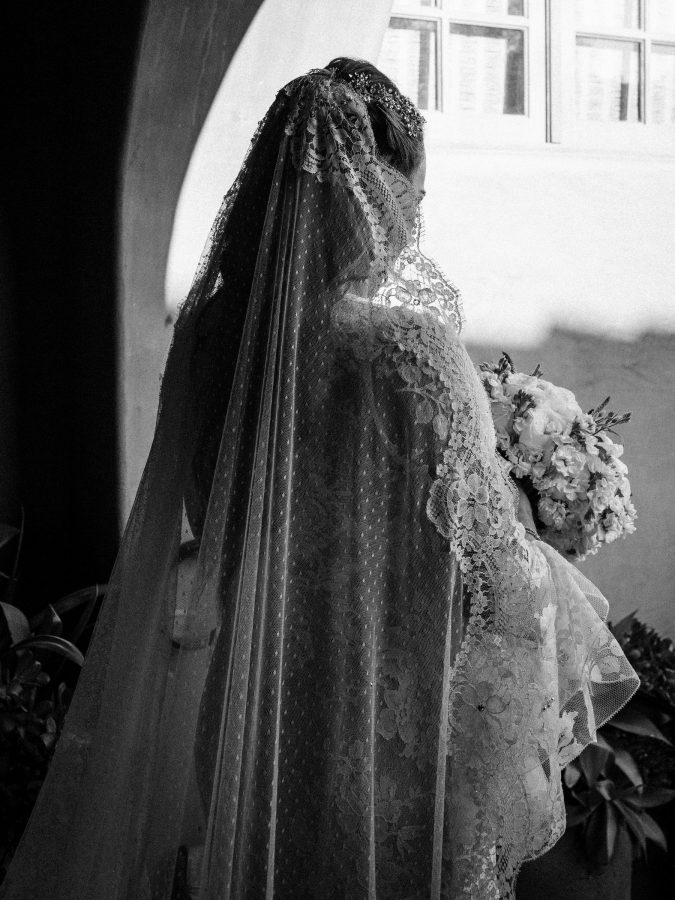 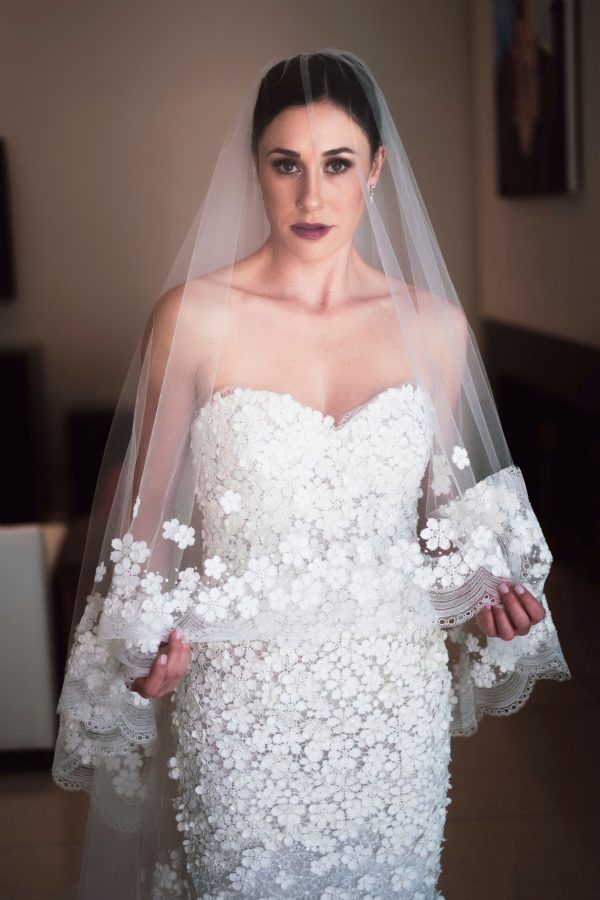 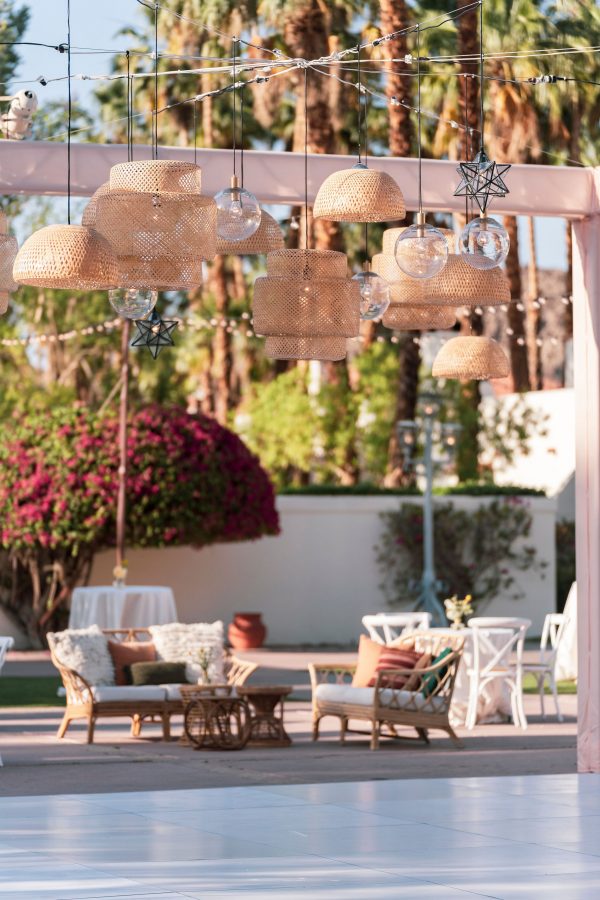 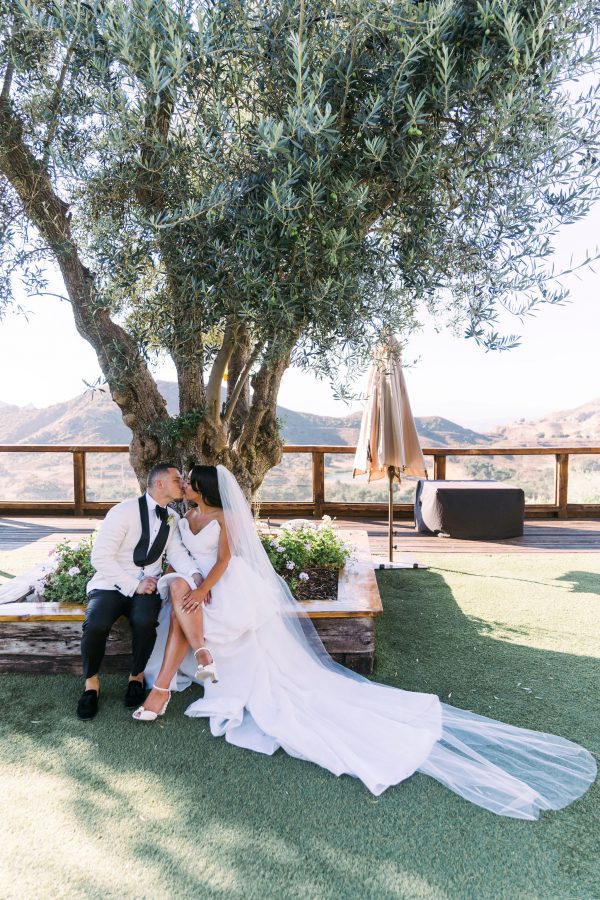 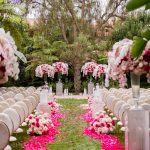 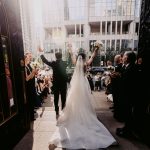 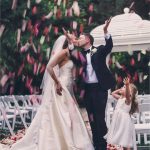 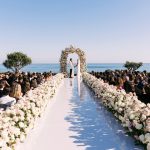 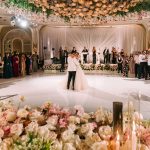 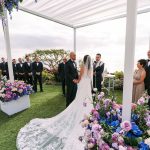 Heidi and Jim tied the knot at the iconic Ritz Carlton Dana Point where the ceremony overlooked ocean views. A